The L-1B visa permits a U.S. employer to transfer a professional employee with specialized knowledge from one of its foreign offices to one of its U.S. offices.  There is also the option for a foreign company that does not yet have an office in the U.S. to send an employee with specialized knowledge to the states to help establish a U.S. office.  Both the employer and employee must meet certain qualification requirements:

1. To qualify for L-1B classification in this category, the EMPLOYER must:

The H-1B visa is one of the most popular ways for foreign professionals in specialty occupations to obtain a work visa, and even a Green Card in the United States.  A successful H-1B application requires sponsorship by the professional’s employer, and can be granted for three years, with one additional three-year renewal. The H-1B allows U.S. employers to temporarily employ foreign workers in specialty occupations, and requires a Bachelor’s Degree or its equivalent.

Although USCIS will not begin accepting H-1B applications until April 1, 2017, it is critical
to start preparing your application now, as the competition for this coveted visa is fierce.  The H-1B visa has an annual numerical limit, or cap, of 65,000 visas each fiscal year. However, the first 20,000 petitions filed on behalf of beneficiaries with a U.S. master’s degree or higher are exempt from the cap.  In 2016, USCIS received 236,000 H-1B visa applications within the first five days of the application period. Once USCIS receives enough applications to satisfy the 65,000 quota, it implements a lottery.  The applications that are not selected in the lottery are returned to the sender, along with their filing fees.  In 2016, there was a 25% chance of an application making it through the lottery with a Bachelor’s Degree, and a one third chance with a Master’s Degree.  END_OF_DOCUMENT_TOKEN_TO_BE_REPLACED

If you are planning to file an application for a visa, Green Card, or naturalization, we highly recommend you do so before the end of the year.  Filing fees will increase by an average of 21% on December 23, 2016.  In addition, due to the uncertainty of the transition to a new President and GOP-majority Congress, we recommend filing your application now so that it will be in the queue in the event programs are taken away, modified, or application wait times increase. 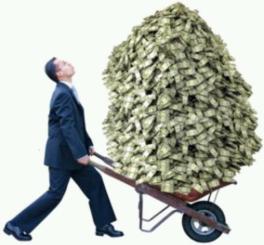 For the first time in six years, United States Citizenship and Immigration Services (USCIS) will be increasing its filing fees to help cover the increasing costs of providing its services.  Some increases will be substantial, others less so, and overall, fees will increase by a weighted average of 21%.  Some more common and popular applications that will be affected include the following forms,  which are used for Green Card, work permit, and citizenship applications: I-90, I-130, I-140, I-485, I-765, and N-400, to name a few.  For more detailed information on each of these changes, and all other fee increases, check out our recent blog post here. END_OF_DOCUMENT_TOKEN_TO_BE_REPLACED

For the first time in six years, United States Citizenship and Immigration Services (USCIS) has increased its filing fees by a weighted average of 21% for numerous immigration applications and petitions.  USCIS announced the increase in a final rule published in the Federal Register, noting that the increase will go into effect on December 23, 2016.  The department explained that because USCIS is primarily funded by these fees, an increase was necessary in order to fully cover the costs of providing its services.

One of the steepest increases is the fee for EB-5 applications, especially Form I-526 (Immigrant Petition for Alien Entrepreneur), which will increase from $1,500 to $3,675 – an almost 145% increase.  Furthermore, USCIS also added a $3,035 fee for the I-924A – Annual Certification of Regional Center, an essential form for EB-5 applicants applying through regional centers.

For more information about these fee increases view the official USCIS announcement here.  If you plan on filing any of these forms within the next few months, you can save money on filing fees by filing before costs increase on December 23,2016.  Due to the uncertainty that will follow the recent political elections, we recommend filing your application before new officials take office in January 2017.

Below is a chart highlighting and comparing these major fee changes: END_OF_DOCUMENT_TOKEN_TO_BE_REPLACED

by Jennifer A. Grady, Esq. and Anthony Mance, Esq. 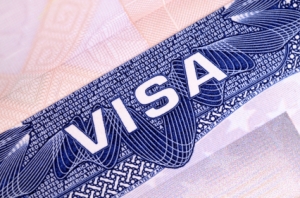 The E-2 treaty investor visa can be a great way for a foreign entrepreneur to open a business and live and work in the United States legally. What’s more, it is relatively affordable in that it only requires a “substantial” capital investment in a bona fide U.S. enterprise (usually in the amount of $100,000 to $250,000). The investor must be seeking to enter the United States solely to develop and direct the investment enterprise. This is established by showing at least 50% ownership of the enterprise or possession of operational control through a managerial position or other corporate device.

The E-2 visa allows the status holder from a treaty country, and his or her family, to come to the United States to open and operate a personal business; the spouse and unmarried children under the age of 21 are able to attend school and work as dependents of the visa. Unfortunately, however, the E-2 treaty investor status does not offer a direct path to Permanent Residence. This means that unless the status holder, or the status holder’s immediate family, has a separate path to Permanent Residence, the visa holder and family will not be able to obtain Permanent Residence status, regardless of how long they maintain their E-2 status. This is further complicated by the fact that the E-2 status is temporary and must be regularly renewed with no guarantee of success.

Furthermore, because the E-2 visa is only available to member of treaty countries, it is not available to everyone. For example, citizens of mainland China, India, Russia, and Brazil are ineligible for the E-2 visa. END_OF_DOCUMENT_TOKEN_TO_BE_REPLACED