by Jennifer A. Grady, Esq. and Anthony Mance, Esq.

For foreign investors wishing to come to the United States, there are several options, depending on the amount of the investment and the investor’s desired amount of involvement in a U.S. business. The most well-known option, the EB-5 Immigrant Investor Program (aka “Million Dollar Visa”), allows foreign investors to obtain Permanent Resident status in the United States by investing between $500,000 and $1 million in a U.S. enterprise.

While this program provides a relatively straightforward route to immigration, the high monetary requirements and corresponding investment risk make it inaccessible to many foreign entrepreneurs. Fortunately, for citizens of a select group of countries, there is an alternative that is both more affordable and less complex.

For instance, if an aspiring entrepreneur wishes to open a restaurant, he or she would be expected to invest an amount considered standard in that industry and geographical location for establishing a viable restaurant. On the other hand, if the investor wishes to establish a business that requires fewer physical assets and overhead, such as a consulting firm, the investment requirements will be lower. In practice, investment requirements generally fall between $100,000 and $400,000, depending on the type of business and the amount of capital it will require to make it viable. Furthermore, unlike the EB-5 category, under the E-2 program, a group of investors from the same country can pool their money to meet the required investment and all receive E-2 visas. 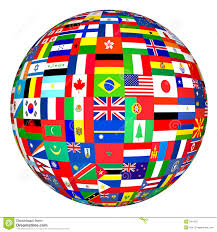 One major downside of the E-2 visa category is that it is only available to citizens of countries with which the United States maintains a treaty of commerce and navigation, a complete list of which can be found here. While this list is subject to change, many countries with strong emerging foreign investor cultures, such as China, Brazil, India, and Russia, do not qualify as “treaty countries” under the E-2 program. Another downside of the E-2 category is that it is a non-immigrant visa and thus temporary, usually for one to five years. The upside is that as long as the business remains operational and profitable, the visa can be renewed indefinitely.

For citizens of countries that qualify under the treaty requirement, the E-2 Investor Visa is a great way to gain experience with the business environment and culture in the United States. It is also a potential alternative to the H-1B employment visa which is becoming increasing difficult to obtain because it is capped at 65,000 admissions per year, and for the last few years, the quota was reached in only a matter of days. Unlike the H-1B visa, there is no cap on the number of E-2 visas that can be awarded each year.

Not an Investor? Trying Coming to the U.S. as a Treaty Investor Employee

Qualifying E-2 visa holders are also permitted to bring employees to the United States from their home countries to work at their established business. Provided it can be shown that the employee is necessary to the success of the business, and that the employee is a citizen of the same country as the primary E-2 visa holder, employees can live and work in the United States for the same time period as the primary visa holder.

The E-2 employee category is a good way for a business partner who is providing “sweat equity” or expertise, rather than capital investment, to come to the United States. Furthermore, foreign nationals looking for an alternative to the H-1B visa may want to consider seeking out employment opportunities with potential E-2 investors.

Partnerships With U.S.-Based Business Owners as an Alternative to Bank Loans

While the economy is considerably stronger than it was several years ago (and continues to strengthen), the damage from the Great Recession was so severe that now, many companies’ existing resources and income go solely to keeping the business operational, leaving little or nothing in terms of profit. Until these companies can get an injection of cash, they will not be able to reach profitability.

Traditionally, companies in this position would turn to banks and take out loans to cover expenses. Unfortunately, banks are increasingly unwilling to g 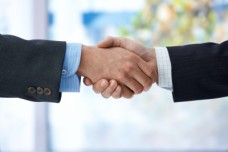 ive out loans at reasonable interest rates unless a business can show a profit.  In addition, even when a business may have the ability to be profitable, if it is unable to show profit, it is almost impossible for a prospective seller to obtain a fair price for their business.  This leaves aging business owners or those wishing to move on to something else with only one option—to dissolve the business at a severe loss.

Furthermore, as they will be taking on a seasoned U.S. business owner as a partner, investors will not be left on their own to navigate U.S. laws, business culture, and markets. The benefit to the existing U.S. business owner is that they will get a much needed injection of capital that will be an asset rather than the debt that a loan would be. Furthermore, they will have a business partner to whom they may eventually sell their business. It is a win-win situation for all parties involved.

What’s the Best Option for You?

Looking for a faster path to a Green Card?  Try the EB-5 investor visa.